skip to main | skip to sidebar

Dustbin Prophesies – the Roots of the Beatles - CD 1 (FLAC) 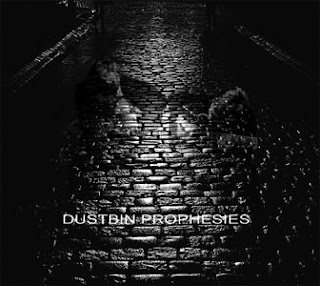 Dustbin Prophesies – the Roots of the Beatles - CD 1 (Mareno Records)

The rise of The Beatles from village skiffle group to world-conquering musical and cultural phenomenon is echoed, in its early stages, by virtually every 60s British band. The Quarrymen were very much part of their generation: playing songs whose basic chord structures were guessed and fumbled after a movie matinee musical; recalling melodies sung around the piano in the front parlour; slapping bottle tops nailed to a stick in time to a tune recounted by a musical relative. The need to play was undeniable and the thirst for more and new music, unquenchable.

In late 50s Britain there was no top 40 radio and next to no rock & roll on the two channels of television. All anyone could do was to gingerly tune in Radio Luxembourg, the mysterious sounds and static ebbing and flowing across the channel. Maybe your old Dad had a stack of 78s from the old days. Perhaps someone’s sister’s boyfriend was a sailor with a duffel bag full of American 45s. If you could piece together enough money, maybe you could buy one of these sacred artifacts – then you and your band could learn it, and other bands would copy you, and other bands would copy them, Chinese whispers, until the next new exciting platter appeared, out of nowhere.

No exact number is known, but it has been estimated that there were, at one time, around 50,000 British skiffle groups. Most faded away as the summer holidays ended or the strings on a cheap guitar snapped. Serious members of some groups stuck with it, regrouping and coalescing into new formations with other enthusiasts; some even managed to go “professional”, playing at hops and fetes and in the corners of the coffee shops springing up in response to the burgeoning youth culture. And of course they played the songs that they knew would be popular, the songs that everybody knew and could dance to.

There was a large body of work that EVERY band performed – a shared repertoire that could represent The Hollies, The Moody Blues, what eventually became The Move, any Liverpool group. It was culled from rock and roll of course, and jazz, southern blues, folk, country and western, British vaudeville, the Hollywood crooners, Westerns. And tons of bands played the Hamburg blues – in Hamburg herself, or in Munich, in Bremen, at US Air Force Bases – it was a rite of passage. Hours and hours on stage every night, trying to remember every song they had ever heard, to keep the dancing going, to keep doing the thing they loved. The Beatles had played a thousand gigs before they played the Ed Sullivan show. That's a long hard road.